Hip arthroscopy is a surgical procedure that allows doctors to view the hip joint without making a large incision (cut) through the skin and other soft tissues. Arthroscopy is used to diagnose and treat a wide range of hip problems.
During hip arthroscopy, your surgeon inserts a small camera, called an arthroscope, into your hip joint. The camera displays pictures on a video monitor, and your surgeon uses these images to guide miniature surgical instruments. 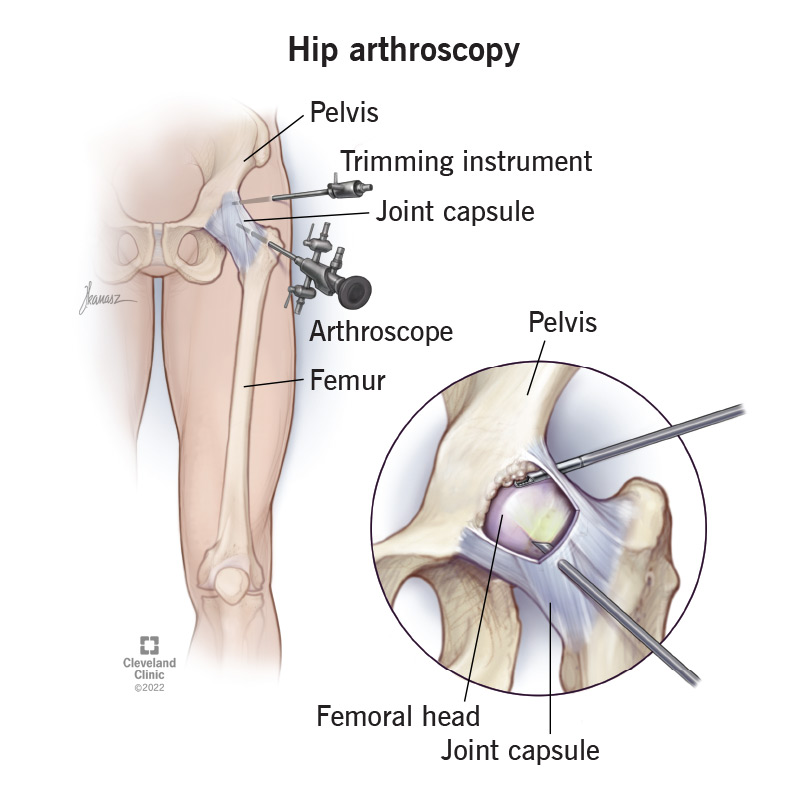 Because the arthroscope and surgical instruments are thin, your surgeon can use very small incisions, rather than the larger incision needed for open surgery. This results in less pain for patients, less joint stiffness, and often shortens the time it takes to recover and return to favorite activities.

The hip is a ball-and-socket joint. The socket is formed by the acetabulum, which is part of the large pelvis bone. The ball is the femoral head, which is the upper end of the femur (thighbone).

The incisions required to perform a hip arthroscopy are much smaller than other forms of surgery, which means it’s less stressful on your body than other procedures. You’ll need physical therapy after your surgery to increase your strength and ability to move your hip again. Most people need a few months to recover after a hip arthroscopy.

How painful is hip Arthroscopy?

In most cases, you should be able to walk relatively free of pain about six to eight weeks following surgery. However, it could take three to six months or more to get back to an elite level of fitness. You can treat any unexpected increase in pain with ice and anti-inflammatory medicine.